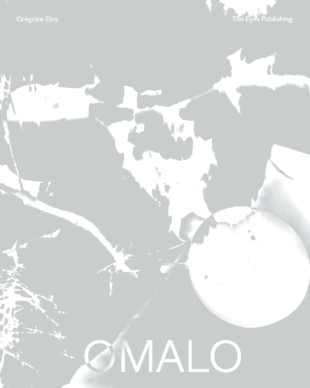 Published within the framework of the Niepce Prize 2021 to which The Eyes is associated by the production of a limited edition offered to the winning artist.

This book is published within the framework of the Prix Niépce to which The Eyes Publishing is associated since 2019. The publishing house offers to the winner the publication of an artist’s edition limited to 400 copies. Part of this publication is supported by Picto Foundation.

In 2021, The Prix Niépce was awarded to Grégoire Eloy.

OMALO presents a series of photograms by Grégoire Eloy made during a residency in Georgia. The photographer questions time, memory and life in this recluse of the Caucasus, while continuing to propose his vision and to question the image itself.

Alternating photograms and their setting in situation, Grégoire Eloy shakes up our perception of what the image is: each shot leading to a photogram (action of the light of the flash on the photosensitive paper placed in the space) and to a view of the setting in situation (image captured by the camera).

Extending this feeling of the image of the inside and the outside, or more broadly of what the image is, the model of the book proposes a pathway playing with subtlety on these different surfaces of the photograph. 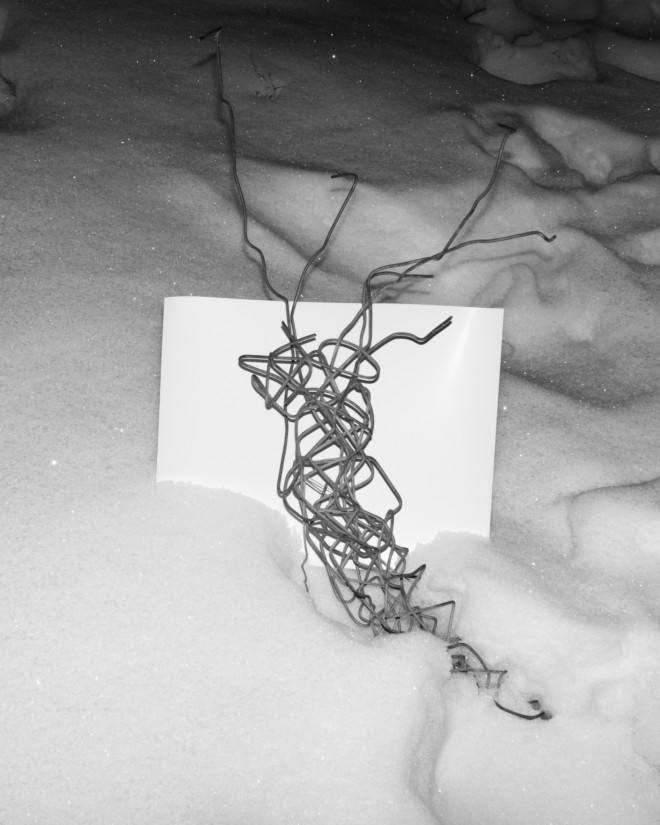 * photographic image obtained without using a camera, by placing objects on a photosensitive surface.

OMALO features a set of photograms from a series of 30 unique prints, made by photographer Gregoire Eloy in 2019 and 2020 in the Caucasus, Georgia, as part of the Tbilisi Photo Festival residency.

Two images of the same moment are then created: the one of the triggering making the scene appear and the photogram itself.

The silver paper is then revealed on the spot, in an improvised night laboratory. The photogram thus becomes an “imprint of the landscape” entirely produced and revealed in situ. 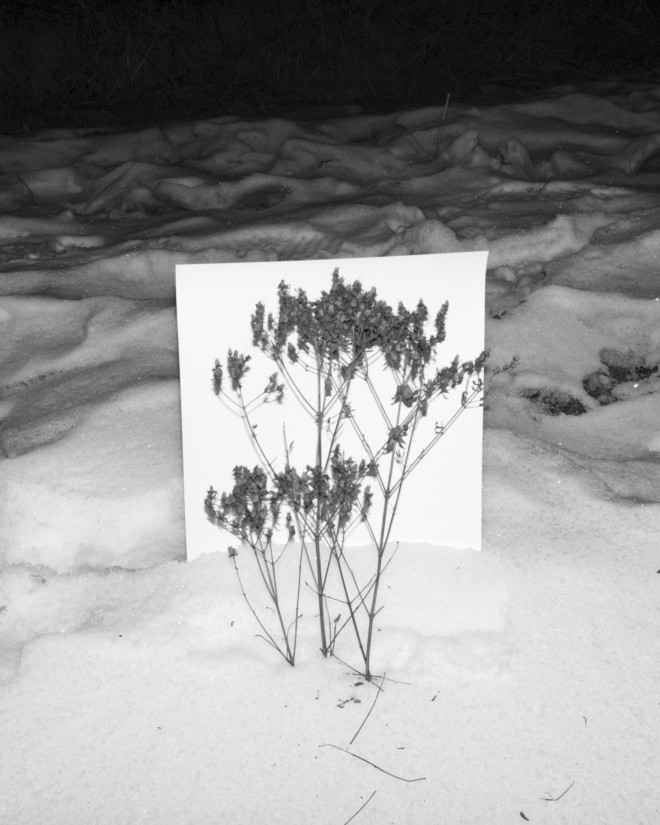 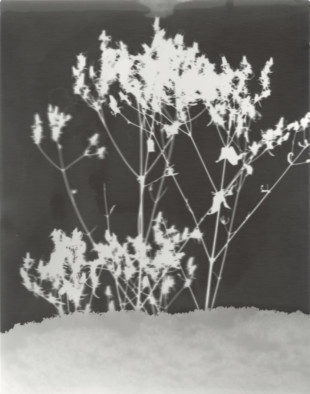 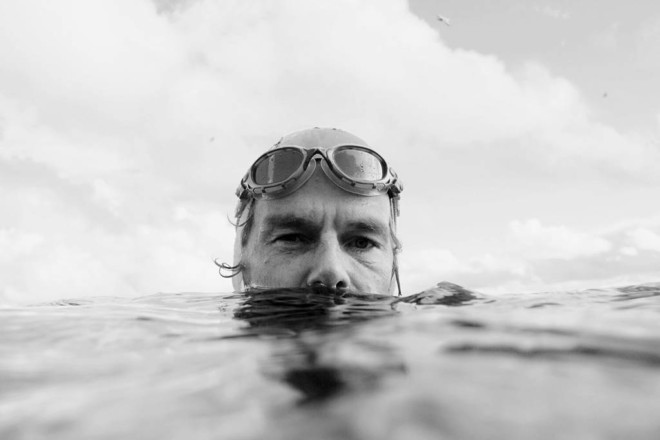 Born in 1971, Grégoire Eloy has been a documentary photographer since 2003. For 10 years, he traveled in Eastern Europe and Central Asia for long term projects on the Soviet legacy and the wars in the South Caucasus, notably his series Les Oubliés du Pipeline (2006) and Ressac (2008-2013).

In 2010, he collaborated with the scientific community on a trilogy on the science of matter, which was the subject of a series of monographic books including A Black Matter (Journal 2012) and The Fault (RVB Books, 2017). The latest installment, on glaciology, is in progress.

Since 2015, he has been interested in our relationship to the environment and the wild during immersive residencies in natural environments: Residencies of the Guernsey Photography Festival (2016-2017), the Tbilisi Photo Festival (2018-2020), the Champ des Impossibles (2020-2022) and the festival l’Homme et la Mer du Guilvinec (2021). In 2022, his career is rewarded by the Prix Niépce Gens d’Images. 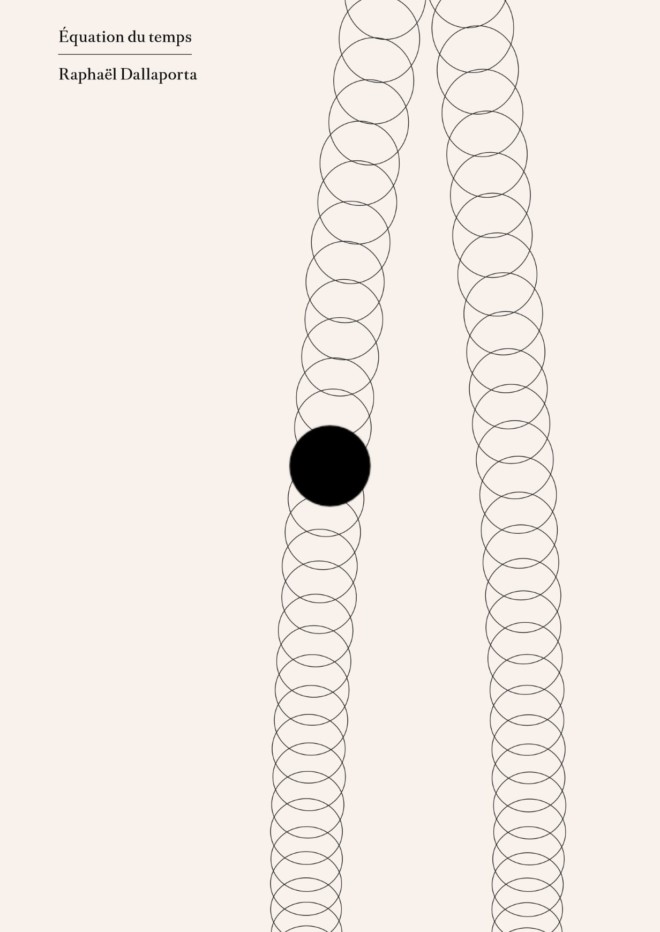 The Eyes collaborates with Raphaël Dallaporta, winner of the Prix Niépce 2019, on the project Equation of time, conducted by the artist since 2018 in partnership with the Observatoire de Paris. 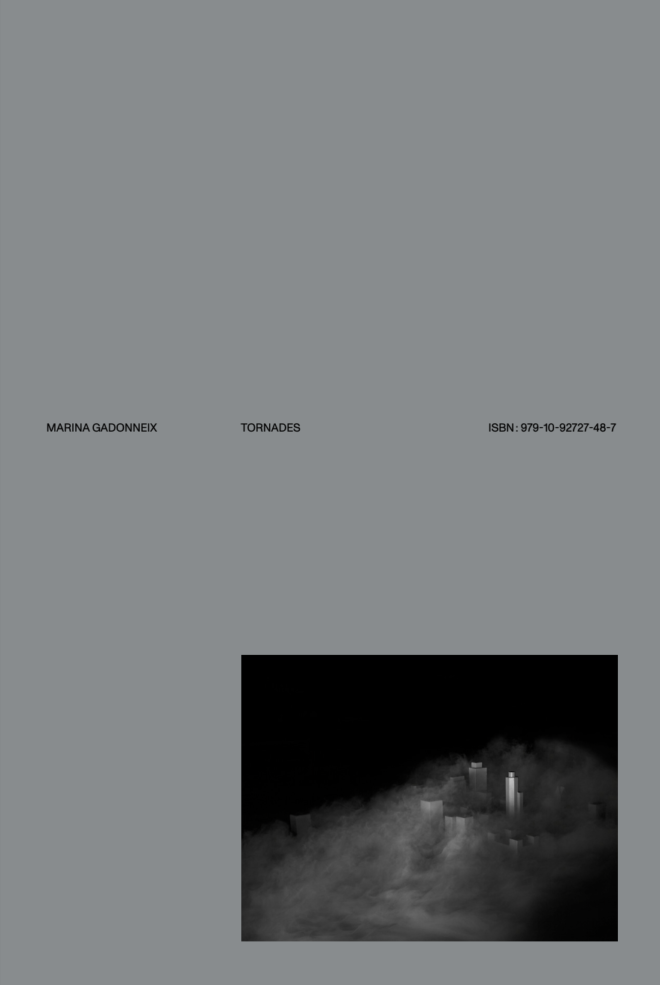 This book is published within the framework of the Niépce Prize, with which The Eyes Publishing is associated since 2019. The publisher offers the winner the publication of an artist's edition limited to 400 copies.

In 2020, the Niépce Prize was awarded to Marina Gadonneix.